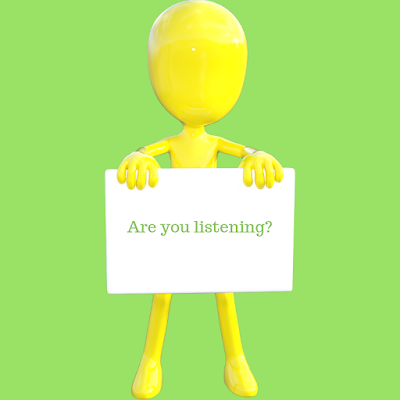 A new study indicates that about 40-60% of patients do not fully disclose and/or lie about health information when seeing their physicians.

Now, there are a number of reasons cited in the study (article links below) as to why patients behave as they do and how physicians might help the situation, but, quite frankly, I find it laughable. It really is not that complicated. I offer the following stories as illustrations of why patients might be unwilling to be "upfront" with information and/or hesitant to have open discussions with their health care providers...

* A while back, a member of our Gastroparesis support group posted that when she told her doctor she had eaten a food which was "off-limits" for Gastroparesis patients, the doctor yelled at her, focused solely on this one event (which was not her typical behavior and, in fact, a rare occurrence), and refused to address any other issues or possibilities which may have caused the latest setback in her health.

* Another group member's physician rejected her report of the number of calories and types of food she was consuming because she was overweight and not losing. He openly accused her of lying, informed her she could "stand to lose a little weight," and refused to consider additional medications or procedures.

* A friend mentioned on a patient form that she had taken opioids -- for a brief time, several years ago -- and the doctor refused to acknowledge the brevity of her use or length of time which had passed and attributed her slow motility to "drug use" rather than exploring other, more reasonable explanations.

* When I described my pain to my motility specialist, he informed me, "There is no pain with Gastroparesis," and then argued with me about the nature and location of my pain. He continually downplayed my concerns, refused to consider the possibility that he could be mistaken, and blithely dismissed symptoms I wished to emphasize/prioritize because he felt other symptoms were more significant to my quality of life.

* When one group member politely questioned her care and eventually complained (through the proper channels and according to established procedures), her physician promptly dismissed her from his care. She was later "blackballed" from the entire medical group -- ALL providers in that particular health system and not simply GIs.

This is but a brief sampling of events which readily come to mind. I can produce thousands of similar stories -- and far worse. Daily, my group members post that they would rather suffer and even die before returning to their physician (or the ER). They speak of weeping in their GI's office because the good doctor refused to listen or express concern about their worsening condition. They speak of being scolded for minor transgressions, of doctors who refuse to believe they are struggling, who outright accuse them of inventing or exaggerating symptoms, who label them as hypochondriacs or drug seekers. They are frequently told, "There is nothing more we can do." They are "taught" in every possible way that they will not be taken seriously and to abandon hope of effective treatments or cures. Why bother, then, to have further discussions?

Patients are routinely questioned, misunderstood, patronized, dismissed, shamed, mocked, scolded, or in some other way belittled. Many are afraid to speak up lest they are blackballed or unjustly punished. They downplay or overstate, hide, or even lie about symptoms in the hopes they will finally be taken seriously and receive genuine help.

Good Doctors and Esteemed Researchers, this is not rocket science. Approach patients with an open mind, a willing heart, a listening ear, and helping hands. Assume they genuinely experience the symptoms they relay to you and that they truly wish to be healed. Stop pretending there is a great mystery to it all and lose the tired excuses. Treat your patients with respect, dignity, and compassion, and, only then, will they feel comfortable engaging in open communication!

https://www.medpagetoday.com/publichealthpolicy/generalprofessionalissues/76631
Posted by Melissa Adams VanHouten at 6:08 AM No comments:

Ignore her and perhaps she will cease to exist,
Out of sight, out of mind, nevermore,
Though she dearly wishes, it does not work like this,
Ever present, ever looming, evermore.

Oh, to be a wisp, a whisper,
Or a whistle which fades in the wind,
An echo which dies in silence,
Not condemned to days without end.

A passing thought or fleeting glimpse,
Nonexistent for merely a day,
Wishing it were so and knowing it is not,
Never ceasing yet withering away.

Sweet peace eludes, escapes embrace,
An enigma which does consume,
An illusion, pure fantasy, mere dream,
More a longing than a thought in full bloom.

Though her ambition, her intention, her desire,
Unreachable it forever remains,
Her smile hides tears which linger and flow,
And her sanity she continues to feign.

Looks away, hides her eyes, masquerades,
As her glance she expertly diverts,
Flees the pain, the darkness, the torment,
Seeks serenity her gaze does subvert.

Cannot will it away or pretend not to notice,
Her frailties on glorious display,
Not a shadow nor specter from days long past,
As her pale gaunt image at once betrays.

No matter her efforts, her pleas,
Subtle whispers of a soul forlorn,
The face in the mirror remains,
Ever present, ever looming, evermore. 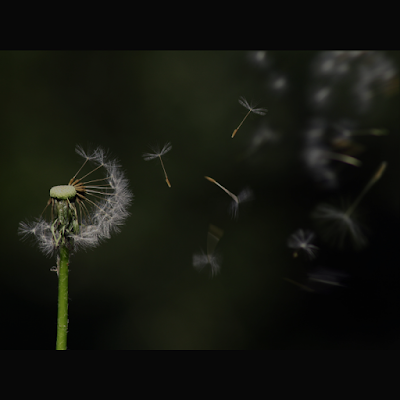 Posted by Melissa Adams VanHouten at 11:50 AM No comments: